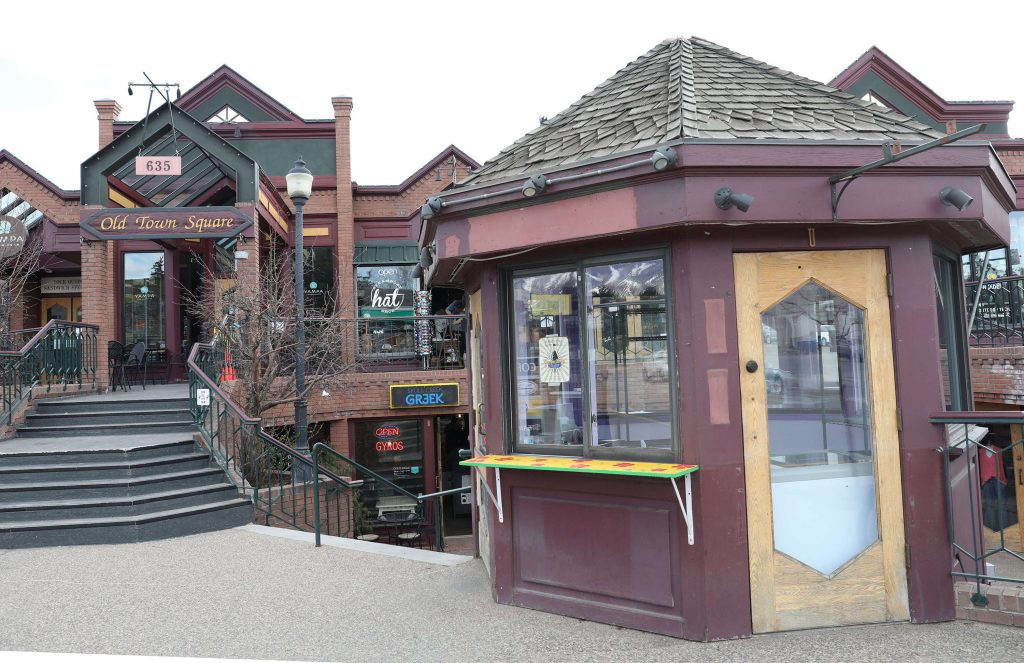 “I think it’s going to be awesome, and we both are so totally excited,” Hirschfeld said of opening Yampa Valley Ice Cream’s first standalone location in a kiosk in front of Old Town Square at 635 Lincoln Ave.

The owners plan to open the new store May 22 and will be serving up vanilla, milk chocolate, strawberry, Cookies n’ Cream, Big Iron Coffee Crunch, Stag Tracks, which is inspired by Moose Tracks, and Unicorn Tracks. Opening weekend, the kiosk will be serving ice cream from 11 a.m. to 8 p.m. The owners plan to add Thursday and Friday the following week but are still determining hours of operation.

“We have a craft soda (produced by Reading Soda Works of Pennsylvania) so we can always pour that over ice cream,” Hirschfeld said. “We will have root beer floats and orange cream soda, and we can also do a grape smoothie.”

Yampa Valley Ice Cream Co. has been a regular at the Steamboat Farmer’s Market for many years but has been looking to move into a more permanent location in downtown. Hirschfield had hoped to move into a new location last summer but just missed out on the chance after another business moved into The Hungry Dog location after it closed.

“This time, we were contacted by the Realtor and got a second shot,” Hirschfeld said. “I think, honestly, it is a perfect fit with the frontage on the street. We always were kind of drooling over that kiosk.”

He feels the other businesses in Old Town Square are complementary to his, making it a great location.

“We’re anticipating a pretty strong Memorial Day, and I think just getting open a week before that will be almost like a soft opening before the storm hits,” he said.

The ice cream company will continue to pursue the wholesale market, and several flavors are also currently available at Wild Plum Market in Steamboat. This summer, the company is also planning some private label, private manufacturing for Moving Mountains, including Panini + Gelato, the brainchild of Chef Michael Gjenvick.

“We’re currently doing some flavor research and development with Gjenvick, but that menu will probably be much more gelato and sorbet-focused,” Hirschfeld said.

The craft ice cream market has taken off in Colorado, according to Hirschfield, who said he’s not sure how long that trend will last. But his hopes are to continue to manufacture in Hayden or Steamboat and at some point have retail outlets also in Hayden and Craig at the Warehouse Food Hall.

“It’s nice to have a home that we can be set up in and put our sign out and leave it and not have to come and futz around and set up every — you know, set up every week like we were doing with the Farmers Market,” Hirschfeld said.